Activism in May & Just Walk to Jerusalem

The month of May brought us sad anniversaries – and the month of June brings us the 50th anniversary of the military occupation of East Jerusalem, the West Bank and Gaza. On Nakba Day, we marked the expulsion of 750,000 people from their homes. The Nakba continues unabated, as routine abuses of Palestinian human rights take place every day.

Yet May also brought a unity and mobilisation in Palestinian society the likes of which had not been seen for many years. The #dignitystrike touched every single Palestinian family, with general strikes, solidarity fasts and protests taking place across the land.

Will you help PSC answer that call?
Yes! I’ll become a member.

#DignityStrike – After a total of 41 days on hunger strike with over 1,600 prisoners taking part, Issa Qaraqe, director of the Palestinian Prisoners Affairs Commission, announced on May 28th that “80 percent of the demands” of the prisoners were achieved in the strike, calling it “an important achievement to build on in the future on the basis of the protection of the prisoners’ rights and dignity.” The hashtag #dignitywon trended in Palestine as people celebrated and hailed the courage of the strikers, which led to victory. During the hunger strike, the PSC set up an e-action asking the Foreign Office to make their concerns known. We organised a national day of action outside the Israeli embassy on May 6th, and arranged a further day of action for May 30th, including a solidarity fast and a protest outside the BBC to highlight the lack of coverage on the issue.  Due to the ending of the strike and declaration of victory on May 28th, the team had the very best of reasons to call off the latter action.

General election campaign – With a grand total of 13,449 emails sent, 2,436 parliamentary candidates contacted and 402 responses received, we would like to thank each and every one of you for raising your voices for Palestine. Thousands of candidates, as well as new MPs, can be in no doubt that #VotePalestine is on their constituents’ agendas. Now that Parliament will return, we will be working on an Early Day Motion calling for a settlements goods ban in response to the Israeli government’s announcement of the first new settlement in the West Bank for 20 years. Like the rest of the country, we wait for the dust to settle – recalling both the Labour declaration that the government would recognise the state of Palestine immediately and the Green Party’s stated support for BDS with hope.

YouGov polling – A few weeks ago, the PSC decided to do a YouGov poll of Britons to find out what their views on Palestine are. We asked about sympathy for Palestinians, what people think of BDS, reviewing trade with settlements, and banning settlement goods. The results are superb news for the movement – public support for Palestine is very high and has a level of consensus that is remarkably consistent across party lines. Over 3x as many people thought BDS was reasonable (43%) as those who thought it was unreasonable (13%). Nearly half of the British public (45%) think that the UK should review trade with illegal Israeli settlements. To see the full results and share our brand new infographics on social media, take a look at the social media toolkit here.

Challenging the conflation of criticism of Israeli state policy and antisemitism  – PSC and Jewish partners Jews for Justice for Palestine, Free Speech on Israel and Independent Jewish Voices have challenged the new International Holocaust Remembrance Alliance (IHRA) definition of antisemitism. The misapplication of the IHRA definition, which includes criticism of the state of Israel in the guidelines on application, remains a challenge for Palestine campaigners in the UK. Expert legal opinion holds that this cannot be used to shut down events as it violates freedom of speech. The University and College Union Congress have opposed the definition – a key victory as the frontline of this debate is held on university campuses. If you think your pro-Palestine event and freedom of speech are under threat, please get in touch with the PSC team.

Radiohead – PSC has been working with Palestinian Campaign for the Academic and Cultural Boycott of Israel (PACBI) and other partner organisations to deliver the unequivocal message to Radiohead – don’t normalise apartheid by playing in Tel Aviv this summer. Thom Yorke’s angry outburst in Rolling Stone magazine demonstrated an unwillingness not only to engage with the concerns of Palestinians and fans, but also failed to mention that plenty of groups had offered to meet the band privately to talk about the issue. Take a look at the reaction from PACBI, PSC, Ken Loach and Roger Waters. Sign the petition and tell Radiohead not to endorse inequality and apartheid! 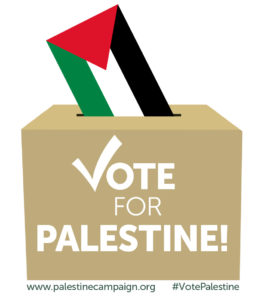 #Stop HP – HP provides the technology to the Israeli state that enables the occupation – including biometric ID cards to control Palestinian movement, systems to enable the Israeli Navy maintain its blockade on Gaza, and IT for prisons. As such, it is a key target for the BDS movement. Last month, over 21,000 of you signed a petition pledging not to use HP products – whilst the Middle East Monitor and Electronic Intifada covered the great result.

Judicial Review – Last year, the government brought in measures to stop local council pension schemes divesting from companies complicit in Israel’s human rights violations. Theresa May’s government thought they could just announce regulations to stop councils taking the ethical decision to divest from companies complicit in Israel’s human rights violations, but they were wrong. This coming Wednesday, we are taking the government to court to protect our right to boycott this summer – but we need money to pay for the best legal defence available. Will you help protect the right to boycott and donate a few pounds to the fighting fund?

From Balfour to Nakba – Between 12th – 18th May, activists all over the country took part in over 30 events to commemorate the Nakba and show solidarity with the Palestinian people . Events were diverse including protests, vigils, talks, information stalls, film screenings, plays, and concerts. Thank you to all members and activists who put so much work into ensuring the week would be appropriately marked. 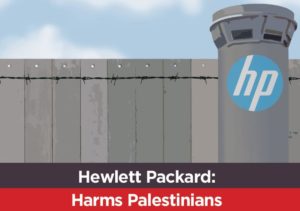