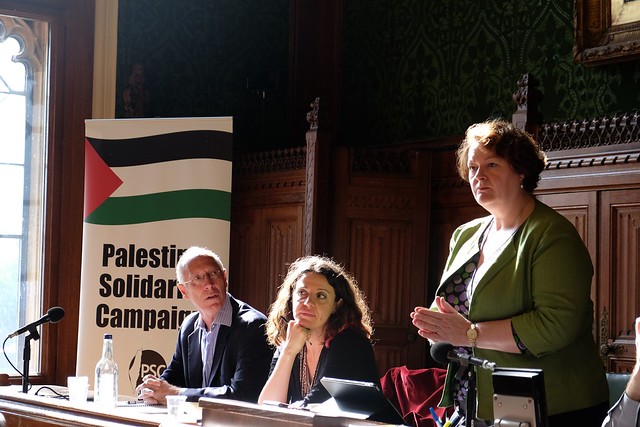 To mark the 2nd  anniversary since the start of operation protective edge – the Israeli bombardment of Gaza during the 2014 summer, PSC with the support of Medical Aid for Palestinians (MAP), organised a cross-party panel event in Parliament. The event, chaired by SNP’s Dr Philippa Whitford MP, was an inspiring morning, with moving talks by all panellists including Labour’s Richard Burden MP, Aimee Shalan, Director of Friends of Birzeit University and Co-director of Pressure Cooker Arts Sara Apps, Interim Director of PSC and Tony Laurance CEO of MAP, Green Party MP Caroline Lucas, although unable to attend, provided a statement.

The varied panel provided a range of personal experiences and professional expertise with Dr Philippa Whitford opening the discussion by talking about her recent experience of visiting Gaza to perform breast cancer surgery. She spoke of the deterioration in the situation since the blockade, the massive limitations placed on Doctors in Gaza due to a lack of equipment and lack of access to training.

Aimee Shalan, Director of Friends of Birzeit and Co-Chair of Pressure Cooker Arts told heartbreaking stories of her visits to Gaza and the restrictions on education due to a lack of materials and international tutors. 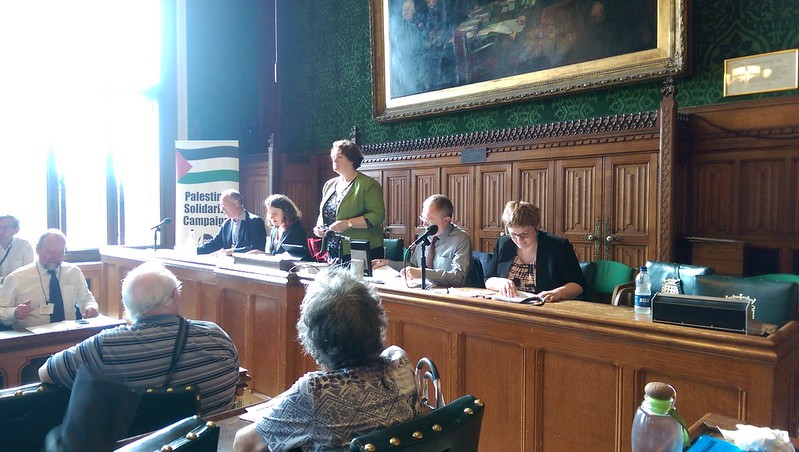 Labour Party MP and chair of the all party parliamentary group for Palestine, Richard Burden spoke about how we measure progress in Gaza based on the amount of truck loads of aid and construction materials which are allowed in, but how this was the wrong way to measure progress. The blockade must be lifted and Gaza must be allowed to have its own economy, rather than be dependent on what Israel allows in.

Tony Laurance from Medical Aid for Palestinians continued to talk about the dependence of Gazans of aid, citing the 40% unemployment rate and the fact that 87% of Gaza is dependent on aid. While necessary, aid is not the only thing the people of Gaza want, they want peace and an end to the blockade.

Closing the panel Sara Apps warned that though the UN reported that Gaza would be uninhabitable by 2020, it seems that Gaza will be uninhabitable even sooner than that. Sara questioned why it was seen as realistic and impossible to lift the blockade on Gaza, when it isn’t seen as unrealistic and impossible to imprison a population of 1.8 million people.

Unfortunately Dr Yasser Abu Jamei, Director of the Gaza Mental Health Programme was unable to join us as he was not granted a travel permit by Jordan, and therefore not granted a permit to cross Erez checkpoint by Israel. Following the event, Yasser wrote a statement from Gaza, addressed to us, as the international community, and to British parliamentarians.